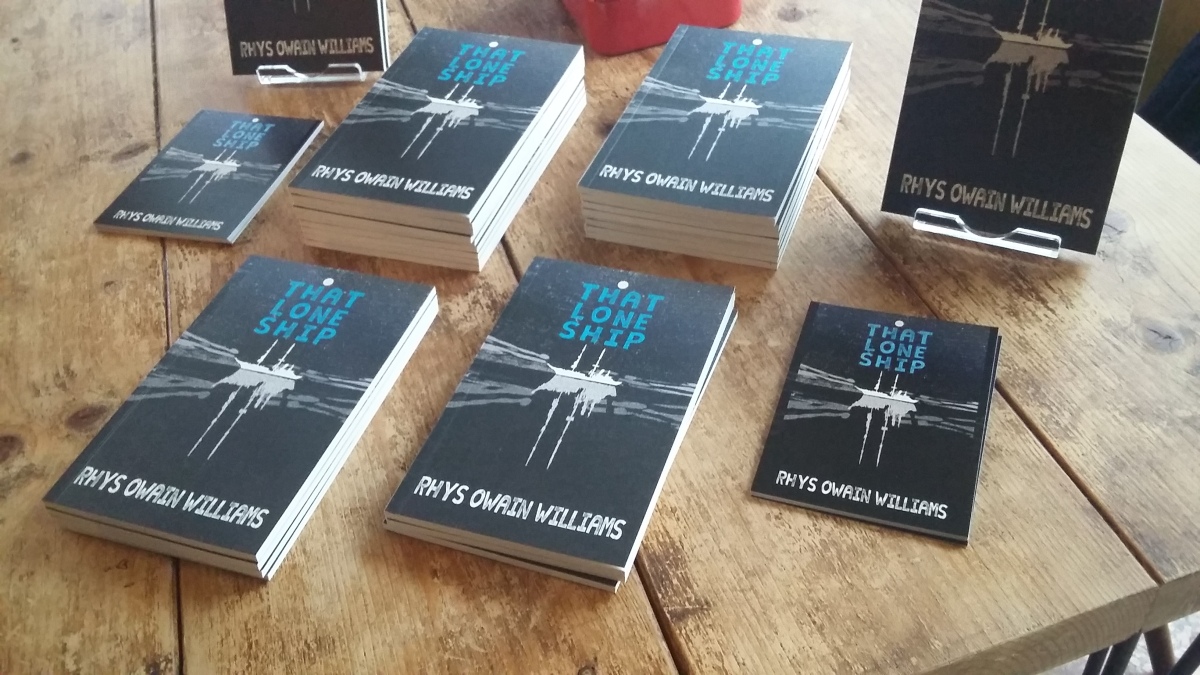 Friday 14th September, Rhys Owain Williams launched his first poetry collection, That Lone Ship, published this autumn by Parthian Books. The event was held in TechHub in Swansea and the room was crammed full of people.

The Swansea-based poet was surrounded most of the evening by a crowd of friends, family, and other enthusiastic supporters. There was no doubt that this was home turf.

As he began his reading by stating that, “I really love reading poems in Swansea, especially the ones that are set here,” it became clear that here is a man who knows his roots. Many of the poems in That Lone Ship are inspired by situations and places in Swansea, and it was with a particular relish that the poet read these aloud. Poems acquire a certain intensity when read out loud in the place they are set, and through the poet’s powerful voice, Swansea became a charmed place.

Rhys finished off his reading to an overwhelming applause that was as much praise for his moving poetry as it was acknowledgement of his success. To finish off the evening, the local musician and singer-songwriter Joe Bayliss gave a couple numbers as people settled down to celebrate the launch with music and drinks.

The venue itself seemed very well-suited for a poetry reading with its atmospheric lighting, simple and elegant colour scheme, and rough-hewn wooden table tops. The TechHub is hidden away down an alley off High Street, a well-kept local secret. In a way like Rhys Owain Williams himself, who toured the Swansea open mic scene for years. But hopefully, he won’t stay that way for long now that That Lone Ship has set sail.

Read an interview with the poet himself as he talks to Rhian Elisabeth as part of her Polar Bear blog-takeover.